300,000 small businesses relying on JobKeeper comes to an end

300,000 small businesses relying on JobKeeper comes to an end

Bill Lang joined Holly Stearnes from Ticker News to discuss the latest on the end of JobKeeper.

“There needs to be more done by government, state and federal, to help more of these small business owners be able to get their business through and back to a level of revenue that they were achieving before the pandemic hit” 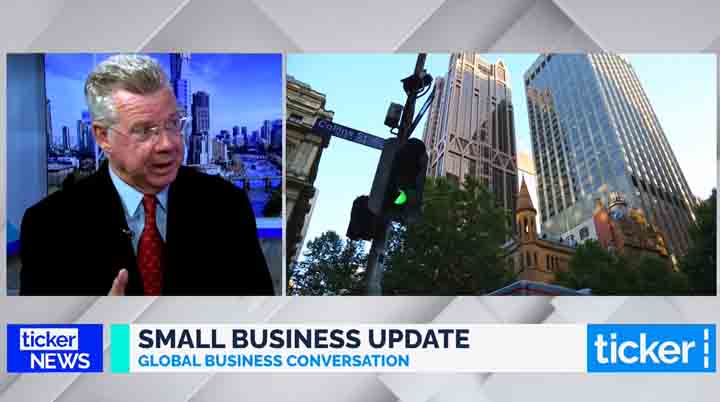 In Australia, we know that the wage subsidy program which is called the JobKeeper program that’s come to an end now. Now, this was a critical lifeline if you will for many businesses right across the nation. Now that that’s come to an end what happens now because we know that many businesses were relying heavily on that we know it can’t go on forever but what sort of happens now because the lockdowns and that sort of thing that we’re seeing in Queensland is still existing so what do businesses do now?

Well as of February, the latest numbers are that there were more than 300,000 small businesses still relying upon JobKeeper to be able to contribute to the wages and salaries of a million-plus people, that includes business owners and employees in those businesses. So they’re actually sitting down now they now know that it is finished as opposed to was a bit unclear the government have been saying that it would finish but then other things would happen, special deal for Qantas and 7,000 employees was announced so it’s not finished for them but for small businesses it’s largely finished.

So they’re sitting down now they’re laying staff off in some cases, in other cases they’re looking at actually permanently closing their businesses. So that’s the reality of it it’s actually hitting now and you know there needs to be more done by government, state and federal, to help more of these small business owners be able to get their business through back to a level of revenue that they were, you know, achieving before the pandemic hit.

I mean there is that two-sided coin isn’t it because we know it can’t really go on forever we know it’s not the normal endless flow of money here but then, on the other hand, it’s sort of like it’s just stopped and then it’s fend for yourself. So what do you think, what would your advice be I guess to businesses in this predicament at the moment, what are their options here?

Look it’s really important from a bankruptcy and insolvency law point of view to get some good advice to understand what your options are to be talking about the people that you might owe money to and come to the realisation. I was only chatting with a 20 years in business owner right here near the studio in Ticker and he’s at the end now and so now it’s time for him to make the decision and walk away from that. So maybe it cannot go on forever but there still is very targeted support that could be provided to businesses that could make it through that need a little bit more help given that large parts of the economy appear to be going okay.

Absolutely, well I mean we saw in the tourism sector they offered a lot of support for the aviation and tourism sector that kind of thing but there’s so many businesses here that are really missing out from support so it’s really devastating to see.