The Prime Minister announced this week that they will extend and uncap the new apprenticeship and traineeship funding which is great news to any small business who were looking to employ new people and upskill them in an official training program. The fund allows an employee to receive up to $28,000 towards the first year wages and the cost of training. 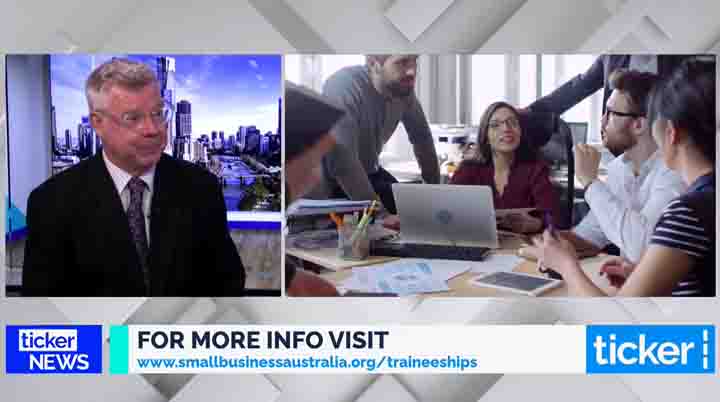 We know that the Australian Government is set to expand and simplify the trainee programme. Can you just explain to us a little bit about this? Because we know that it wasn’t set to go ahead and now it is. So what’s happening here?

We only spoke last week about this were 100,000 new apprenticeships and traineeships, and a traineeship is someone who’s a white-collar person who’s doing specific training for their job. So the 100,000 of them that were initially budgeted for and was capped at 100,000. They were filled in five months.

And we were saying last week, well, we need to see it extended, see it changed, you know, this is working, we need to make sure it really helps more small businesses than necessarily large businesses.

So the Prime Minister of Australia announced only yesterday that they are now going to extend it, they’re going to uncap it, which means as many businesses can apply, who are employing new people and putting them on a particular official training programme.

And I think for you know, the viewers of Ticker, many of them don’t need an apprentice, which is typically someone doing a trade-related programme, but they need people to help them with digital skills, social media, using a range of digital tools.

So every small business that needs help in that area, if they’re thinking about hiring someone, now’s a great time, because as a trainee, they can get up to $28,000 towards the first-year wages and salaries and the cost of training. $28,000.

So yeah, look, it’s another real positive sign from the Australian Government to support people hiring, training and upskilling people through accredited training.

Well, I guess it just says as well, that they’re actually serious about it. And that’s a significant amount of money. If you’re a small business owner, though, how do you actually go about applying for that amount of money?

It can be a complicated process, in terms of ensuring that you’re eligible and the type of person that you’re hiring for the type of role can do an apprenticeship or traineeship.

What we’ve done at Small Business Australia to make it really easy for people is we have some education videos that explain how it works. It just takes a few minutes to watch them.

And then we’ve got a little free service that people can take advantage of and then have a conversation with someone on the phone to see whether they’re going to be eligible as well as suggest possible training providers then for them to go and speak to.